First of all, how awesome is the name Rocco? Seriously, this kid is going places based on the name alone.

That aside, Rocco was so much fun to photograph. He has so much personality- a total daddy's boy, loves to play ball, and way into the dogs walking around the park. Now, I'm sure he has his moments (as all toddlers do), but based on this photo shoot, he is one laid back guy. Which will serve him well in the coming months after his mommy gives birth to his 3 sisters. Yes. Triplets. Amazing! What a journey to go from a family of three to a family of six!

Meet Tom (he's the one on the left in the photo above).

This is Tom's family.

I have been struggling with what to write for this blog about Tom and his family portrait shoot from last Saturday. In a lot of ways it was just a normal family portrait session. But in one particular way, this was definitely not a normal photo shoot.

Tom was just diagnosed with a very rare, very inoperable form of cancer.

So Tom's four kids, and their spouses and kids, came home from 3 separate states to be together.

"Why me, God?" Such an easy, understandable lament to such a grim diagnosis. And while talking to Tom, he said just that. But when Tom said it, it wasn't out of despair. It was out of praise. "Why me, God?" He said it quietly, like he says most things. "Who am I to be so blessed?"

He went on to mention the fact that so many have heart attacks or strokes and pass away unexpectedly. With quiet, genuine awe and humility, Tom doesn't question why God would give him this disease. He praises God who has blessed him with the chance to be surrounded by his family before joining Him in Heaven.

"For me, it's a win-win," he said. Being with his earthly family or his heavenly Father.

Listening to Tom was extraordinarily moving. It has left me shaken. In a good way. So I wanted try to share that with you.

But words are such meager things. Sometimes they just fall short.

Which is why I have been struggling with what to write.
Posted by katyC at 5:39 PM 2 comments:

Memorial Day was a hot one this year. The unofficial start of summer felt a bit more like mid-August! I spent the afternoon with the Maxwell family, capturing some fun moments of their family reunion. Needless to say, there was a lot of water play for the kids, a lot of food on the grill, and lots of laughter!

It's always exciting to arrive at a photo shoot to the sounds of cannons firing.
What a surprise to meet with the Hurd family and find that Sharon Woods was holding their annual Civil War reenactment the same day as our shoot! Trying to work around the hordes of people made our time together that much more interesting (especially when the hordes were in period dress). In addition to the feeling we that we had time traveled, we encountered numerous snakes, a family of geese, and the boom of the cannons didn't make anyone fall into the creek. It was an altogether adventurous, and successful, afternoon!

It's better late than never for Senior portraits! A few weeks before graduation, I got together with Stephanie and her family for her portrait session. It was fun getting to know Stephanie and her "sister", international student Ye-Rim. What a neat relationship, and a very special family! Here are a few to share:

Last Friday I had the immense pleasure of photographing these two adorable, energetic sisters! When I say energetic, I mean I was literally running across the park to keep up with these two adventurers as they discovered flowers, hiding places, and went on pretend bear hunts. I don't think they stopped moving the whole time! It was so much fun, and I think they had fun, too. Here are a few shots to share.

Getting Married? Check this out!

If you or someone you know is getting married, they MUST check out this awesome giveaway put together by some dear friends of mine!

I went to art school with Amy and Aaron. They now own a brand new company: 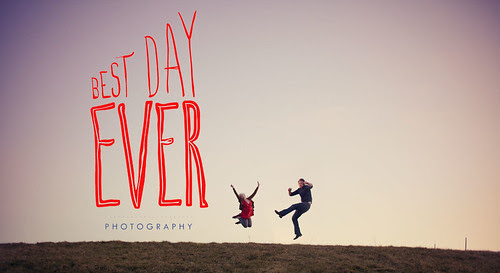 To give their new business venture a kick-start, they have put together a giveaway: they are giving away a wedding. An entire wedding. For free. Dresses, tuxes, food, photography, makeup, hair- you name it. Every element of the wedding done for free from top-notch vendors. It's incredible. Makes me wish I wasn't already married just so I could enter!!

A couple would be crazy not to go for this. Seriously!

Click the image below for the lowdown on how to enter. Entries will be accepted from February 14 (aww, Valentine's Day. Romantic, right guys? "Happy Valentine's Day, dear. I entered us to win the wedding of our dreams for free." Do it.) through March 6, 2012. That's only a few weeks, so don't dilly dally! 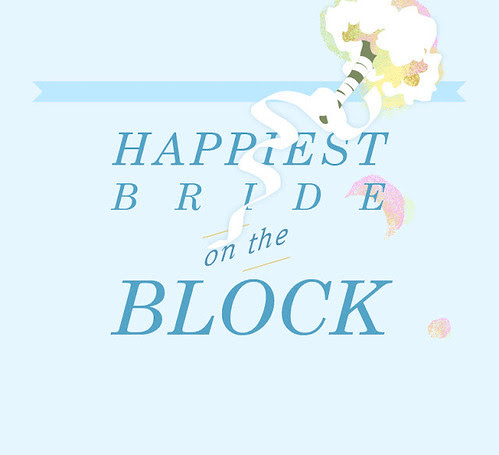 Explore their websites. They are seriously talented folks, my friends! And an adorable family, to boot.

Let me know if you enter, so I can vote for you!!!

Promote Your Page Too